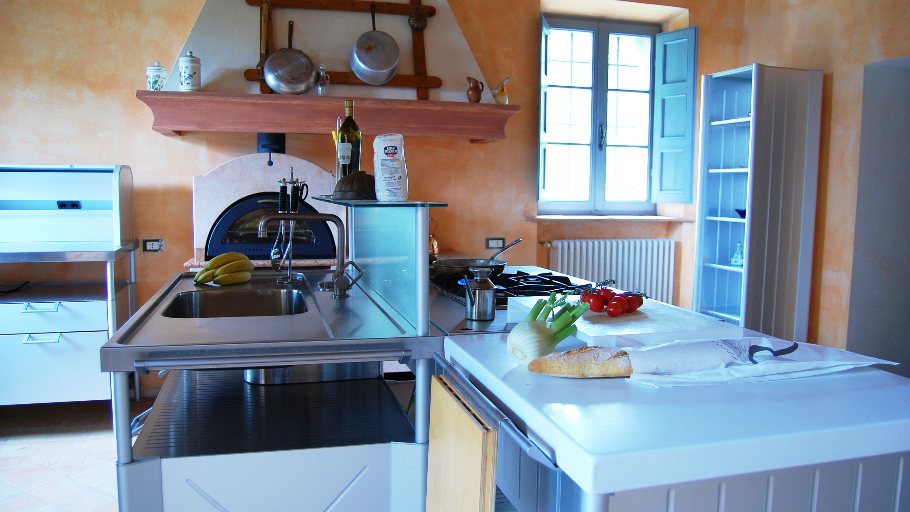 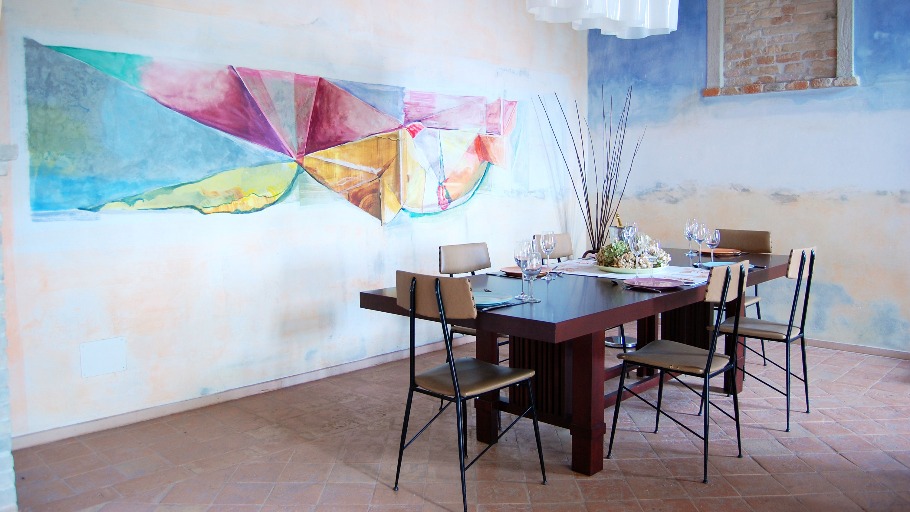 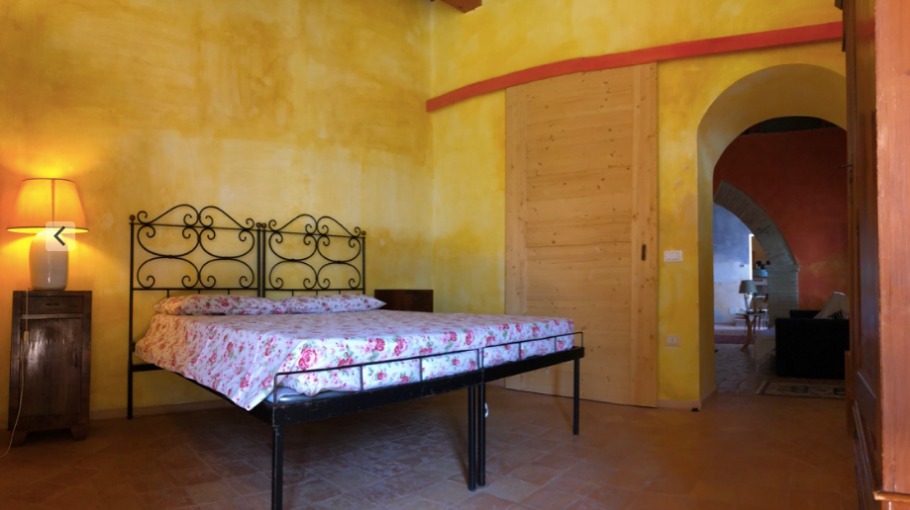 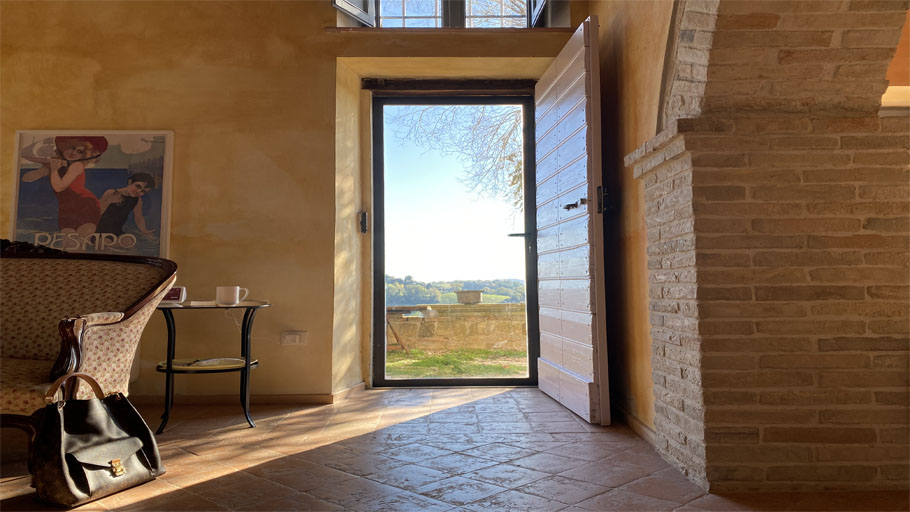 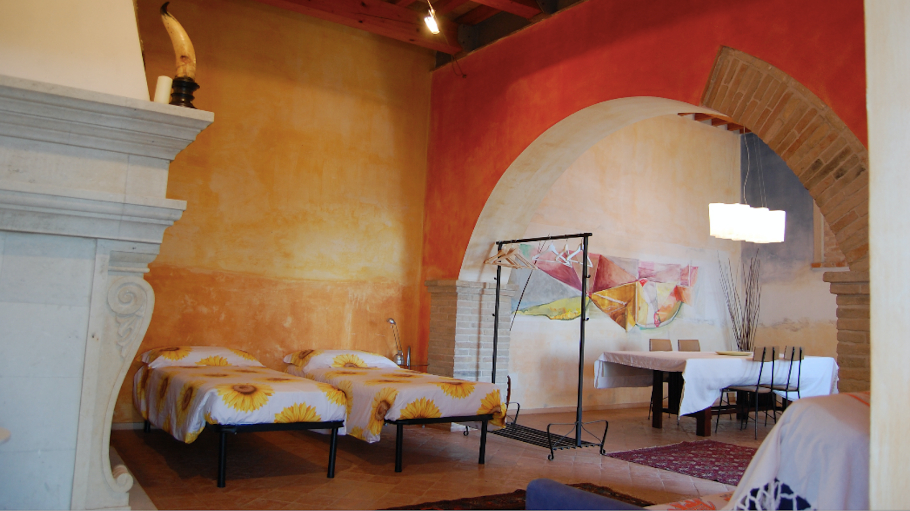 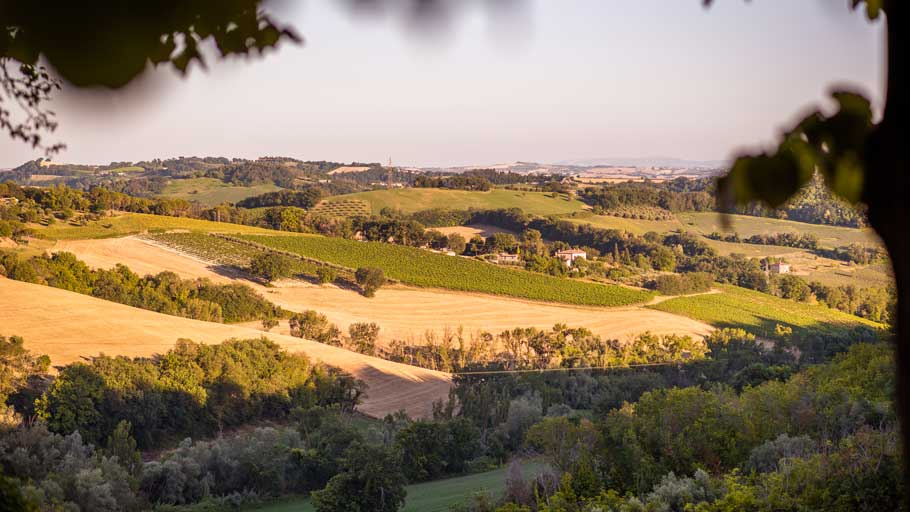 Description
of the apartment

The apartment called Proprietari, is on the ground floor and on the right of the main access to the villa.
Proprietari is a wide apartment composed by several rooms: the main bedroom, a large living room with marble thermo-fireplace, a fully equipped kitchen and a bathroom with washing machine.

The rooms have been created from the barns that once stood on the ground floor of the villas of the period in which Residenza la Canonica was originally built.
Modern details, such as the stone arch that ideally divided into two parts the living room, the ceiling beams and wall decorations made by local artist Sergio Pari have been added during the restoration, although the overall rural structure have been preserved.

The kitchen has a modern interior which materials is well combined the rustic style of the room. It’s provided with an electric oven, a wood-burning oven, a gas stove and several work surfaces.
The apartment, in addition to the main entrance, has three entries in a secluded part of the garden overlooking the surrounding hills, in the direction of the nearby village of Novilara. This aspect makes the arrangement particularly special for those who like to have meal in the open air, without renouncing to their own privacy. Direct access to the garden is definitely a feature appreciated by guests who usually travel with their pets.

WHERE TO FIND US

Find out where
you can enjoy
summer your holiday

In the apartment with astronomical observatory you'll find your own star!

Sign up for our newsletter,
our latest news
and updates.